My latest cookbook obsession is Yotam Ottolenghi’s Plenty. I received it as a gift and let it sit on the shelf unused for a while, wrongly assuming that the recipes were too labor intensive for everyday meals. Living with someone who loves anything made with eggplant though, I couldn’t avoid making the cover dish for long. It’s now one of our favorites – minimal prep (assuming you buy the pomegranate seeds) with a delicious payoff. The recipe says it serves 4 as a starter, but two of us have definitely made a very filling meal of this with lots of pita bread. 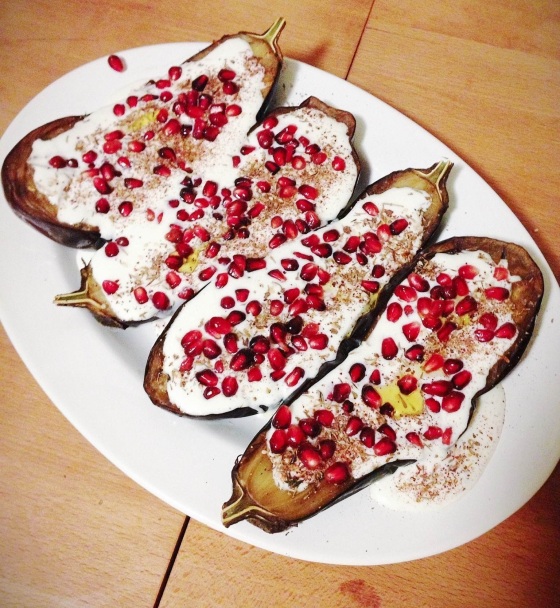 Eggplant with Buttermilk Sauce
from Plenty | serves 4 as a starter

*I couldn’t find lemon thyme, so I used thyme and lemon zest instead

Preheat the oven to 400 degrees F. Cut the eggplants in half lengthwise, cutting straight through the stalk (note: the stalk is just for looks, make sure you don’t eat it at the end). Use a small knife to make three or four parallel incisions in the cut side of each eggplant half, without cutting through to the skin. Repeat at a 45-degree angle to get a diamond shaped pattern.

Place the eggplant halves cut side up on a baking sheet lined with parchment paper. Brush them with olive oil until all the oil has been absorbed by the eggplant. Sprinkle with lemon thyme leaves (or as I did, thyme leaves and lemon zest) and some salt and pepper. Roast for 35 to 40 minutes until the flesh is soft and nicely browned. Remove from the oven and allow to cool.

To make the sauce, whisk together the buttermilk, yogurt, olive oil, garlic, and salt. Taste for seasoning, then keep cold until needed.

To serve, spoon the sauce over the eggplant halves without covering the stalks. Sprinkle with za’atar and pomegranate seeds, then finish with a drizzle of olive oil. Serve with pita bread.

a background in graphic design, a job in marketing, and an interest in all things creative, culinary, and aesthetically pleasing
Learn More »

Merry Christmas from the Cordella family!
Closing out our week in New Paltz the best way we know how @brooklynciderhouse @twinstarorchards 🍻 #sweatyhairdontcare
Happy place 😎 #lakelife
A very fun and relaxing couple days 😎 until next time Ojai!
What?! The weekend’s over already!? #sundayscaries
Happy Valentine’s Day!! 💕 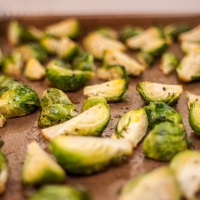 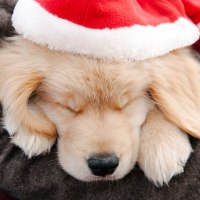 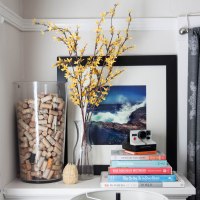 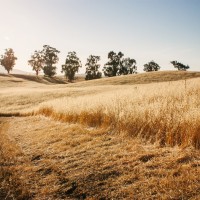 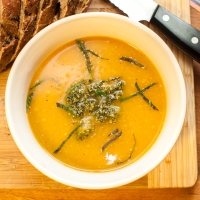 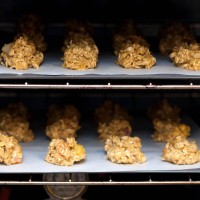